Albert Einstein once famously said: “We cannot solve our problems with the same thinking we used when we created them.” It may very well have been the great thinker’s most prophetic warning ever. Here we are, faced with some of the gravest existential threats in the history of our species, and all we’ve been doing is throw conventional thinking at the problems – and then we wonder why things keep getting worse.

Case in point: climate change. The conventional thinking? Incremental, uninspiring, regressive “sustainability” strategies. In blatant disregard for the great thinker’s teachings, we continue to stick our heads deep in the sand and convince ourselves that if we simply do a little less bad, the crisis we’re facing will vanish like a bad dream. We have even packaged this thinking into neat little sound-bites: recycle a few more paper cups, build a few more green office buildings, drive a few more hybrid cars, buy a few more carbon offsets and it will all be fixed! Really? Has anyone ever done the math?

This reality has been a long time coming. When our parents and grandparents began to worry about some of the side-effects of uncontrolled capitalism, society’s response was to build up a system of important checks and balances: health and environmental NGOs, government regulations, media watchdogs, etc. But by establishing organizations and legislation with the intent of “doing good,” we’ve effectively given companies license to “do bad.”

The explosion of prosperity and growth of industry in the western world through the late 20th century resulted in an equivalent increase in the strength and pervasiveness of the counter-balancing systems. NGOs became huge and global, governments grew massive regulatory teeth and the media became angrier and sharper. And we went on with our happy lives, believing that we live in a beautifully balanced world…

Clearly, we had it wrong. We thought the model was balanced, but in reality it was just polarized – and the wealthier we got, the more polarized it became. Birthing “forces for good” and giving them the simplistic mission to mop up the mess that we created with our for-profit businesses actually made things worse. This model fueled the belief that you can’t make a profit without harming the world – and that the only people who can do good are the ones who don’t make a profit. In our obese, lazy, polluted, climate-threatened 21st century society, “giving back” has become one of the most fashionable lines – as if to imply that we really must have stolen something from the world as we were making a profit!

It’s time to hit the reset button. Time to heed Einstein’s advice. We’re in trouble. Our “balanced” model isn’t working. Our planet is getting sicker by the day; our children are already assuming they will have a lower standard of living and that their lives will be shorter and less healthy than ours. Could it be that we actually allowed ourselves to become the “peak” generation in the history of our species?

We need real solutions that shift the landscape – not yesterday’s ineffective incremental stuff. How can we get there? First, by igniting the imagination of our seven billion fellow passengers if we stand a chance to really turn this thing around. A few recycled cups and carbon offsets, when the Earth’s population is growing by a billion a decade, are not solutions. It’s time to re-invent our path to profit and wealth, because that’s what it will take to excite and drive our fellow passengers.

Human beings are greedy by design and we evolved that way in order to contend with historical challenges. Yesterday’s sustainability preachings were all about suppressing our instincts and our nature. Tomorrow’s solutions need to be about prosperity through innovation and about practical ideas about a new kind of capitalism, like Michael Porter’s shared value model.

It’s time for new, big thinking. Time to kill our polarized old models. Time to intertwine profit and good in new business models that recognize you can’t generate one without the other. And it’s really time to ban that awful line about “giving back.”

Andreas Souvaliotis leads AIR MILES for Social Change, a national social venture that offers government incentives to all Canadians for making healthier or more environmentally responsible lifestyle choices – powered by the unparalleled reach and popularity of the AIR MILES loyalty currency. He was the original founder of Green Rewards, the world’s first environmental consumer loyalty program which was ultimately acquired and fully integrated into the AIR MILES reward program. Prior to Green Rewards he was the President and CEO of one of the oldest retail marketing agencies in Canada. As a leading cause marketer and social innovator in Canada, Andreas writes and speaks across the country about social change, environmental responsibility and the new green economy. He has been trained by former US Vice President and Nobel laureate Al Gore and his innovative work has been recognized by prominent global social responsibility leaders including The Prince of Wales. He currently chairs the advisory board of the Centre for Responsible Leadership at Queen’s University and he also chairs a WWF Canada advisory committee on climate change, energy and transportation.

PrevPreviousTransforming Towards the Firm of the Future
NextIt Isn’t Easy Being Green: What Sustainability Really TakesNext 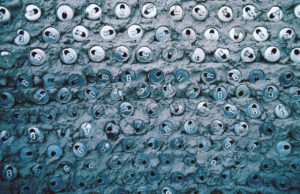 NBS and Canadian Business for Social Responsibility present a five-part framework to help businesses embed sustainability into their organizational culture. 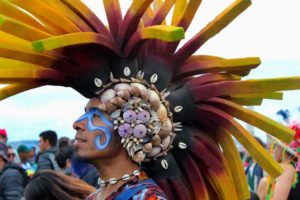 The Chilean city of Antofagasta is using participatory design to work with companies and government to create a community people want to live in.