How Business Should Act in the Ukraine War

Businesses must decide whether to leave Russia because of the war in Ukraine. They should consider social benefit, employee welfare, and shareholder interests.

A decade ago, Professor Timothy Fort wrote for NBS about how companies can advance the cause of peace. They should reduce poverty, support the rule of law, and build community, he said. (Read his original article here.)

Now, he considers how businesses should respond to the war in Ukraine. He draws on a career spent studying business and its involvement in conflict.

I write this as the war in Ukraine enters its third week. There are so many places from which to gasp in horror, astonishment, and disgust, that it is hard to know where to begin. I’ll focus on the decisions businesses must make in determining whether to stay in Russia or to leave.

This “stay or go” choice is relevant to most businesses facing egregious action by a host country. Do they stay and continue to provide important benefits? Or do they withdraw financial and other support, as a way to increase pressure?

Should Businesses Stay in or Leave Russia?

Staying or leaving is about picking a “side” in a conflict. In this war, it seems to me a simple question as to which side to pick based on issues of human rights, rule of law, justice, community and social solidarity.

At the same time, there are several reasons why companies could decide to stay in Russia.

Companies might make a product that benefits society. A pharmaceutical company, for example, may have a facility in Russia that is crucial to manufacturing medicines that save lives. That’s a reason to stay. Maybe specific ingredients are located in Russia and the cost of leaving is not just profits, but lives.

Internet companies and their “product” face a complicated choice. To date, some have been shut down by the Russian government but others have shut down voluntarily. Staying could provide a source for accurate information, just as in the Arab Spring. However, staying could make the company and its product subject to more manipulation.

Companies might want to protect employee welfare. What happens to employees when the company leaves? Some companies, for example McDonalds, have promised to continue to pay the salaries of Russian employees, despite ceasing operations. That approach takes a step toward leaving without abandoning employees.

In some ways, though, the closing of an iconic brand, such as McDonalds, Coke, or Pepsi does send a signal to Russian citizens. Why are these companies leaving? What’s going on? These are appropriate reflections for Russian citizens.

I have had some MBA students crunch the numbers and identify the millions, perhaps even billions of dollars companies may lose by leaving the country. Do executives have responsibilities to shareholders? Carrying that argument further: In many respects, multinational companies are their own geopolitical entities as opposed to being tethered to any particular country. So where do their loyalties rightly lay?

A purely economic calculation can lead a company to shoot itself in the foot. Remember, for example, the famous example of Johnson & Johnson’s Tylenol crisis in 1982. After tainted Tylenol capsules killed six people in the Chicago area, J&J pulled the product off the shelves nationwide. Some saw this as an admission of liability; others noted the profits J&J would lose. But the company pointed to its mission statement or “Credo“ as requiring it to make sure Tylenol was safe. The company took a short-term hit but its decision was a brilliant defense of the brand, economically benefiting the company in the long-term.

A company today worried only about the immediate economic impacts on its shareholders may not be making a good economic decision for the long-term interests of the same shareholders.

Companies Are Led by People

So, one can imagine reasons why companies might stay in Putin’s Russia. But I also believe that human beings do still run companies and I am at a complete loss as to how any rational person cannot be anything but appalled at what is happening.

I do not envy leaders making these decisions. I can respect staying when your product is important to health and to the issues of truth-telling, to democracy and human rights themselves, and to being an instrument to overcome atrocities.

Beyond that, I return to my default position: Companies, pick a side and act. This is not a hard one to pick.

Explore How Businesses Can Contribute to Peace

PrevPreviousWhat Is Business Sustainability?
NextHow to Grow a Sustainable Start-upNext

Which of the “Three Ps” Takes Precedence?

“Should I continue investing in environmental certification for our facility, or should I allocate the budget to promoting our business and growing our clientele?” In other words, should “planet” take precedence over “profit”? 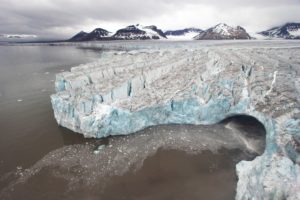