We live in a world of change. From the energy sector to the financial markets, things are shifting beneath our feet. NBS’s podcast series shares experts’ views on leading positive change in the face of disruption.

In this episode, researcher Jochen Markard offers advice on how to be part of a sustainability transition. A summary article follows.

NBS’s podcast series shares experts’ views on leading positive change in the face of disruption. This series is about discussion. We want to hear from you. What changes do you see remaking our world? How is your organization navigating toward the future? What topics should we cover?

Write to us at info@nbs.net or join the conversation by visiting our Facebook page and sharing your thoughts.

There are positive trends on the horizon: major shifts toward sustainability.

Jochen Markard (ETH Zurich) is a leading researcher on these transformations. He and his colleagues study them through case studies, modeling, and other methods.

They find that such “sustainability transitions” require new expertise from business.

“Transitions are uncertain, so nothing is a sure bet,” says Markard. But he and his colleagues find that companies are best placed when they engage with policy development, and when they move proactively.

Often, technology drives the changes we see. With digitalization or artificial intelligence, a technological opportunity sparks a new market, and changes cascade through society.

The sustainability transitions studied by Markard and colleagues differ because government has a significant role. Governments are prioritizing sustainability by setting targets and policies: e.g. to reduce carbon emissions or diversify energy sources.

Today’s transition policies are even broader. They include long-term targets for sector development and also policies for phasing-out unwanted technologies, such as coal in the UK.

Sustainability transitions are still uncertain. “There’s some degree of guidance from government, but there’s also emergence and unforeseen developments,” says Markard. Events such as the Fukushima nuclear accident or the rapid improvement of battery technology are game changers that can overthrow established businesses in a short time.

This uncertainty is challenging for everyone. “For businesses, it’s very difficult to assess whether different technologies will fulfill their early promise,” says Markard. “Will they actually get to market? Which business model will be successful?” For example, early hype around fuel cells hasn’t yet translated into widespread adoption of the technology. And the future of electric vehicles remains unclear.

“In transitions, the risk is high,”says Markard. “There are many paths or ideas that don’t make it or just make it at a later point.” Yet potential rewards are also high. Global investments in renewable energies are currently double investments in fossil fuel generation.

Because politics shape sustainability transitions, firms can’t succeed solely by developing products or services. To influence their future, they need to engage with a broader set of stakeholders, including policy makers.

Markard sees businesses in three roles: being proactive, waiting to see what happens, and actively discrediting the sustainability transition.

Be proactive: “Businesses that believe in a new solution or business model can push hard to make it come true,” says Markard. These front-runners often forge alliances — with advocacy groups, suppliers, and even competitors.

Wait and see: Other firms are less enthusiastic and want to learn about new opportunities first. They do studies, experiments, or pilots. But they’re largely letting the field develop, without taking an active stance.

If the technology eventually takes off, they try to catch up (e.g. by buying a front-runner firm). Or, they may be left behind and exit the industry.

Discredit change: Firms that feel threatened by a transition can try to discredit emerging alternatives. Energy firms have lobbied intensely against renewable subsidies, for example.

“With the right lobbying expertise and resources, you may delay a sustainability transition that threatens your core business model,” says Markard. “But you can only stave off change for so long.”

Markets and policies can change more quickly than anticipated. For example, after the Fukushima nuclear disaster, the German government decided to phase out nuclear quickly, and utilities with large nuclear assets faced massive losses. They also weren’t prepared to benefit from renewable alternatives. “They were over-confident about their political ties and had not invested enough to establish alternative business models,” says Markard.

How to be proactive

Markard offers additional recommendations for firms that want to be proactive. Fundamentally, he says, “You have to remain as flexible as possible, especially in early stages when the uncertainty is very high.”

Monitor industry trends and conduct “if-then” scenario exercises. Consider: if a certain development occurs, how will the company react?

Diversify, preparing for technologies or developments that might win out. For General Electric and Siemens, gas and steam turbines were core products. But they also expanded into producing wind turbines. “So as one of the businesses is going down,” says Markard, “there is a chance that the other business is going up.”

Diversifying is tougher for smaller organizations; they don’t have the bandwidth to operate on multiple fronts. They tend to “have an all-in strategy,” says Markard. Many are proactive and work hard to “make this transition happen, to seek allies to shape the way technology develops.”

While small firms face significant risks, they also need less to survive. They may successfully occupy a niche market and offer a specialized service, getting by with just a few customers.

For Markard and many of his colleagues, research on sustainability transitions is fueled by the desire to make the world a better place. “You can do a lot of jobs that are challenging and fun,” says Markard. “But at the end of the day you ask yourself about the bigger picture. What is the impact you want to have?”

His research shows the potential of the ongoing changes but also the many obstacles ahead.

“Sometimes, I feel despair, seeing the many sustainability challenges we have. When it comes to changing our lifestyles or the waste we produce, there are still large gaps. But the nice thing about working on energy issues is that there is hope, and that we have seen changes occurring much more rapidly than anticipated.” 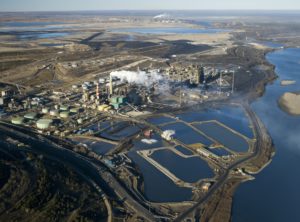 How an Oil Sands Collaboration is Accelerating Sustainability

They’re all in. Ten oil sands companies share more than $1.3 billion in intellectual property. And, they’re committing it towards sustainable outcomes. 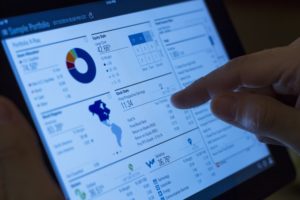