When AGL Energy shifted from coal to renewables, politicians attacked. Here’s why firms must engage stakeholders in high-stakes environmental decisions.

In April 2015, AGL Energy declared its commitment to get out of coal by 2050, shifting its assets to renewable energy. AGL is Australia’s largest energy producer and distributor. It has three large coal plants, providing around 85 per cent of the country’s energy.

“I had run the numbers, and I knew the decision made economic and environmental sense,” says Tim Nelson, AGL’s chief economist. “Australia’s energy market is changing, because of climate change pressures, changing technology costs, and reductions and shifts in electricity demand. Coal is less viable as a new investment option.”

As a sustainability researcher, I saw AGL’s action through the lens of Creating Shared Value (CSV), an idea popularised by Michael Porter and Mark Kramer. Shared value holds that a company’s competitiveness and society’s health are mutually dependent. The free market becomes a source of solutions to social and environmental problems, rather than their cause. On the face of it, AGL’s action seemed to support the idea that shared value is possible.

AGL’s decision to get out of carbon shows its managers emphasizing long-term financial sustainability linked to environmental protection. Shifting to renewable energy will reduce energy production costs, leading to lower energy costs for consumers and potentially higher profits for AGL.

In addition, the company is actively debunking myths that a transition to renewable energy makes the lights go off and energy prices go up. This leadership helps consumers and policymakers understand how innovation is shifting possibilities.

But when AGL sought to move forward in 2017 with the first stage of its plan, closing the 2000 MW coal-fired Liddell Power Station, it faced uproar from some members of the Australian Parliament. Australian Senator David Leyonhjelm called AGL a “bunch of wankers” on national television in late 2017, and the Prime Minister and other officials asked AGL to reverse the decision to close Liddell.

To these officials, AGL’s action wasn’t an economically sound, environmentally positive decision. Instead, they saw the company as risking Australia’s energy security in pursuit of profits. They said that closing Liddell would result in power shortages and higher consumer costs, and they insisted that the plant remain open.

In retrospect, Nelson sees ways that AGL could have built common understanding with stakeholders. “Looking back on how the debate has played out publicly, I think there were fundamental misconceptions around the impact of closing Liddell and energy security,” he says.

“In hindsight, we at AGL would have taken more time to explain that the decision was based upon multiple factors, not just climate change. Climate change has become an intensely political issue in Australia and AGL’s decision to close Liddell has been framed almost exclusively around this issue. But AGL’s greenhouse gas policy is but one reason for closing Liddell.”

Independent research shows that replacing the Liddell coal power station with clean energy technologies would reduce pollution and be at least $1.3 billion cheaper than the government’s plan to extend Liddell’s operations by five years.

Many commentators were also unaware of analysis from the Australian Energy Market Operator (AEMO) on changing technology costs and forecasted energy demand, Nelson says. According to the AEMO, the cheapest form of energy production in Australia is now wind generation, with a long-run marginal cost of around $60 per MWh. This is significantly cheaper than new coal generation.

Looking at AGL’s experience in terms of shared value shows the potential and the limits of the shared value idea. I believe that the current concept of shared value does not fully reflect tensions related to how different stakeholders see responsible business activity.

The AGL case shows that not all stakeholders are going to understand the benefits of private action to address issues such as climate change. Stakeholders have their own views of value and of how companies should respond to social and environmental issues.

Companies need to manage for stakeholders, which means seeing the organisation as a set of relationships and allowing all stakeholders to benefit over the long term. Executives manage the various interests. With AGL, government’s lack of understanding held back the company’s efforts.

The key takeaway: no matter how great your company’s intentions, make sure stakeholders understand and are engaged in the decision making process. The case of Liddell is almost the opposite of greenwashing. It seemed as though there was major disagreement, when company and government interests were in fact aligned.

After months of discussion, in December 2017 AGL released a plan to cover any energy shortfall resulting from closing Liddell.

Nelson explains: “We want everyone to see the value in what we’re doing. This new plan helps us communicate our assumptions and knowledge — and we’ll continue to emphasize communication going forward.”

Tim is an Associate Professor at Griffith University and has had around thirty papers published in Australian and international peer-reviewed journals. He holds a PhD in economics for which he earned a Chancellors Doctoral Research Medal and a first class honours degree in economics. Tim is also a qualified Chartered Secretary (AGIA and ACIS).

Dr. Tracey Dodd is Founder and Chief Executive Officer of Sustainable Innovation, an advisory firm providing project management and strategic planning advice to national clients including the Australian Government, the South Australian Department of the Premier and Cabinet, Housing Choices Australia and Common Ground Adelaide. Tracey has over 16 years of project management experience, including overseeing large teams who have won over $16M in funding, as well as negotiations with the Australian Government.

Tracey is also a research fellow and lecturer at the University of Adelaide. She earned a PhD with UniSA in 2017 and a Masters of Public Policy and Management with Carnegie Mellon University in 2009. Her research is in the area of innovation, entrepreneurship and sustainability and has been published and presented internationally. 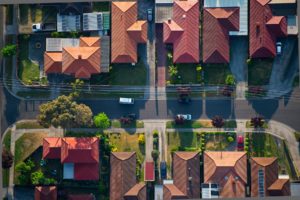 Why “Local” is a Selling Point

Globalization is under fire. Researcher Leanne Cutcher unpacks the appeal and power of “local” — and why we can’t truly break away from global dynamics. 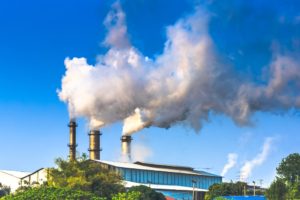