How Leaders Can Change Company Culture: Lessons from 3M and Six Sigma

Business sustainability often requires changing a company’s culture. Culture is the taken-for-granted beliefs that create a common understanding about how the company works, what it stands for, and the fundamental goals it pursues. For example, which stakeholders are important? Which metrics show success?

In the sustainability context, a leader might ask a company rooted in the fossil fuel industry to expand to renewable energy. That can work against a company culture that includes pride in its history and ties to the land.

Or perhaps, as a leader, you want your company to engage with different stakeholders. At many companies, the culture has focused on responding primarily to customers and shareholders. Prioritizing new groups, such as community members or non-profits, can be a big shift.

Cultural beliefs are deeply held and emotional, and challenging them can trigger an intense response. They can be changed, report a team of researchers who studied an effort to change company culture. But it’s not an easy process.

While the change at 3M wasn’t focused on sustainability specifically, its outcome is relevant to any leader looking to undertake change.

The researchers found that change is difficult, necessary, and possible. Leaders may have to drive it top down, but they can smooth the process by getting personally involved, working with supportive subcultures, and recognizing people’s emotional needs.

3M’s story: A new management system clashes with the culture

At 3M, the culture traditionally revolved around collaboration, individual initiative, tolerance for mistakes and the absence of pressure for short-term results. These cultural traits created an environment of entrepreneurialism and original thought — factors crucial to 3M’s success.

At the same time, Six Sigma clashed with 3M’s existing culture of serendipitous discovery and tolerance for mistakes. 3M had promoted mistakes as a method of discovery and learning. But under Six Sigma, mistakes had to be recorded and were viewed as threats to productivity.

By 2005, Six Sigma’s financial outcomes also seemed less promising, with stagnant revenues and lower new product sales. Six Sigma seemed to be harming growth and innovation, which employees saw as the ultimate goals of the organization.

Employees were frustrated. They complained — vocally — that metrics seemed to matter more than performance. Many believed Six Sigma was getting in the way of real invention.

When McNerney unexpectedly left his position at 3M in 2005, new hire George Buckley stepped in and had to handle the cultural tensions.

Buckley kept Six Sigma practices, but dismantled some of the strict, formal obligations, including the emphasis on extreme precision. Essentially, he dropped elements employees considered less useful or that interfered with 3M operations.

Employees supported this hybrid approach. “We need to identify where Six Sigma works best and then increase the intensity,” a 3M executive told the researchers. “But where Six Sigma might not be the best approach, we need to find a better one.”

It might seem that 3M’s culture beat back Six Sigma. But in fact, 3M’s culture and Six Sigma evolved together. 3M dropped many of the Six Sigma rules and procedures. But some of the ideas and language remained.

“People had actively practiced this, so they kept some of the content in their toolbox and occasionally drew on it,” explained researcher Ravasi. For example, Six Sigma made 3M employees’ language more uniform, aiding facilitation and innovation. By 2008, employees also had greater concern for risk management, performance measurement, accountability, and control. Some employees described these emphases as the “legacy of Six Sigma.”

Change is difficult, necessary, and possible

3M’s experience shows both the difficulty and the possibility of culture change, say the researchers. “People in an organization may be quite willing to consider new practices,” explained Ravasi, “but not if they threaten the fundamental values that shape their understanding of their workplace reality.”

At the same time, as we all know, change is necessary. Change exposes employees to new values and approaches. In a turbulent world, companies need to adapt.

Organizational change recommendations often emphasize employee participation and buy in. But top-down efforts, like those at 3M, may sometimes be necessary. Top-down efforts can get people to try out a behavior they would otherwise resist.

“It is only when forced to behave in different ways that people realise the actual implications of these changes,” Ravasi explained. “Behaviour that they would have otherwise rejected as unacceptable is eventually embraced enduringly, even after coercion lifts.”

Here are four ways that leaders can smooth the change process, especially with sustainability issues.

Ultimate, being a leader is about balancing push and pull: providing direction and encouragement as you bring your company and your employees into the future.

The researchers studied 3M between 2005 and 2008. They spent time at the organization (both a subsidiary and headquarters), reviewed internal and external documents, and conducted 75 interviews with employees across the organization, including senior managers and those responsible for Six Sigma training and methodologies. They published their research in 2013, but have provided a 2020 update.

Read the paper: Canato, A., Ravasi, D., and Phillips, N. 2013. “Coerced practice implementation in cases of low cultural fit: Cultural change and practice adaptation during the implementation of Six Sigma at 3M.” Academy of Management Journal. 56.6: 1724-1753. 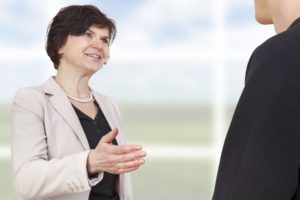 The Best Sustainability Reports are Built on Trust 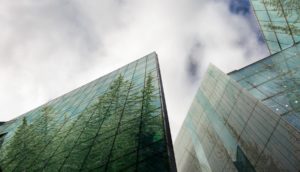