The forestry company’s operations resulted in rape and pollution — and a certification for sustainable forestry. How did this happen?

What is Corporate Irresponsibility?

These are examples of “corporate irresponsibility,” the opposite of corporate social responsibility or CSR. Sometimes called CSiR, these actions represent a company’s “failure to act responsibly,” with grave consequences for society and the environment.

How do such disasters happen, and can we learn from them?

A Case Study of Corporate Irresponsibility

The Barama case is particularly intriguing because it occurred even as the company received CSR recognition. In 2006, Barama received Forest Stewardship Council (FSC) certification for operations in a new location in Guyana. The FSC claims to certify “best practices in global forest management.” But a year later, the FSC suspended Barama’s certification: citing missing environmental management plans, conflict of interest, and poor safety standards.

Whiteman and Cooper asked: what factors enabled Barama’s behaviour? What allowed it to cause the harm, and then to actually receive certification?

To answer those questions, Whiteman and Cooper interviewed Amerindians in Guyana, communicated with Barama and the organizations working with it, and analyzed documents related to Barama’s operations and the certification process. Their article on Barama just won a Best Paper Award.

What Happened in Guyana

Whiteman and Cooper see damage occurring when a company’s policies don’t match its actual practices or behaviour. They call this mismatch “decoupling.” Corporate policies and practices should be coupled, or linked. When they diverge, companies enter into a danger zone.

Decoupling doesn’t explain every instance of corporate irresponsibility. Sometimes, the right policies aren’t even in place. But in Barama’s case, the company stated a commitment to social responsibility — but didn’t follow through.

Here are the behaviours that led to Barama’s “irresponsibility”:

Barama replaced action with “ceremony.” Ceremonies here are empty rituals. Barama issued a steady stream of press releases and statements affirming its commitment to sustainability — but it didn’t back up its words with necessary behaviours.

For example, building logging roads predictably opens up areas to outsiders, such as the illegal miners in Guyana. Well-known counter measures exist, like consistently staffing check points to prevent migration. Barama didn’t take these steps, or provide security to monitor employees’ misbehaviour. Instead, it provided empty reassurance on this and other sustainability topics, writing to the researchers: “As a forest concession operator, practicing responsible forest management…we care for the local communities as a whole.”

These other organizations effectively became shields for Barama, which often relied on their reputation and credibility. The World Wildlife Fund (WWF) assisted Barama in gaining FSC certification. The government of Guyana acted as a steady advocate for Barama, as did European development agencies. For various reasons — limited resources, desire for investment or achievement — the organizations didn’t look too closely, and ended up providing Barama with cover.

Barama benefitted from gaps in other organizations’ operations. NGOs also decouple, or separate policies and practices. Despite the FSC’s commitment to measure companies “against a set of strict environmental and social standards,” its requirements aren’t comprehensive. For example, the FSC allows companies to define the geographic area covered by the certification. Because Barama was beginning operations in a new territory in 2006, the FSC didn’t consider Barama’s previous track record in Guyana: only its plans for the new location. FSC certification also doesn’t consider some of the issues where Barama had particularly negative impacts. The certification checklist doesn’t include gender impacts and ways that road infrastructure can lead to migration and displacement.

When Whiteman spoke to staff at the FSC and WWF, they admitted the imperfections of the certification process. “They knew that it was complicated, and they had limited resources to make sure things were going as they should,” says Whiteman. The local WWF office admitted, for example, that they had little understanding of rape and other gender issues on the ground. Most disturbingly, committees to oversee certification didn’t include indigenous representatives.

Where Do We Go From Here?

Barama seems to have abandoned the path to sustainability in Guyana. In 2009, WWF’s Guyana country manager said that he did not believe Barama would regain FSC certification because the company did not have “the managerial or technical capabilities and… does not seem to be making a serious attempt to deal with the issues.” Today, his prediction holds true.

For companies (and partners) looking to avoid corporate irresponsibility, Whiteman and Cooper have an old piece of advice: “Do as you say.” Don’t let there be distance between your policies and your practices. And, continually connect with stakeholders to understand where policies need to be refined and improved.

Animated video about the research 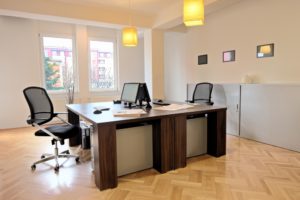 Some small- and medium-sized enterprises (SMEs) have been climbing onboard the sustainability bandwagon due to increasing stakeholder pressures. 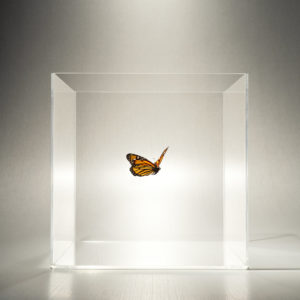