India moved to a capitalist economic model two decades ago. So where has a free market taken this developing country? Certainly, there have been economic benefits.

NBS Thought Leaders offer guidance on sustainable business models for the 21st century. Thought Leaders are leading academics and practitioners: world experts on sustainability issues. Here, Amita Joseph, Director of the Business and Community Foundation in India, draws on her extensive experience to highlight key issues for multinationals to address when operating in developing countries.

India moved to a capitalist economic model two decades ago. So where has a free market taken this developing country? Certainly, there have been economic benefits. Just one Indian state now has more than 50 millionaires and the urban middle class seems to have prospered enough to possess more cars than there are roads. Yet, three studies from the Indian government show troubling social indicators. Poverty continues to be endemic; inequalities have widened; and GDP growth coexists with hunger, an agrarian crisis and farmer suicides, and urban homelessness.

We need to ask some serious questions. What are the impacts of globalization for a developing economy? Does corporate accountability function at the ground level? Are multinationals and transnationals in India behaving responsibly? Or are they using the regulatory environment, which is weak in India as in many developing countries, as an excuse not to implement their global standards? Are they instead operating simply to maximize profits: preferring to pay a small fine from ill-gotten millions rather than correct unethical practices?

Too often, the corporate sector seems to be behaving irresponsibly. Examples are legion. The behavior may be due to ill intent, indifference, or lack of understanding of the local context. Its consequences for Indians are grim. Long-term consequences for companies are also disastrous. The scandals deepen the trust divide between corporations, communities, and civil society.

Conflict between people and companies has occurred in many areas:

Land: Conflicts over land acquisition and use are everywhere. In West Bengal, protests against conversion of agricultural land to industry led to the deaths of 14 farmers. (The industrial plans, for Tata’s Nano production facility and a chemical plant, have been withdrawn.) In Orissa, controversies and delays, many related to local opposition, have kept a POSCO steel plant on hold since 1995. Also in Orissa, tribal people have successfully opposed a Vedanta bauxite mine on their sacred mountain at Niyamgiri.

Gender discrimination: GE’s ultrasound machines, sold under an aggressive marketing drive with easy access to finance, have been used in “sex selection”—the elimination of female fetuses by parents who prefer boys. GE did not understand the patriarchal society in which it operated and failed to investigate adequately who was buying the machines; as a result, it has contributed to the “missing girls” in India. Google and other search engines have posted ads for sex selection; the Supreme Court of India is hearing a case against their actions. These examples are a particular illustration of the deep impacts of global business.

Water: Pepsi and Coca-Cola received wide attention regarding pesticides in their products, found by the Centre for Science and Environment. Less publicized is depletion and contamination of the water table by the Coca-Cola bottler in Kerala, India. The Kerala state government found that the company had over-extracted groundwater in the village of Plachimada, leading to water scarcity, land contamination due to sludge disposal, and health problems. Local people successfully advocated for the Plachimada Bill, legislation providing compensation to them.

Workers’ rights: Companies including Nike and the Gap have been involved in supply chain scandals involving child labor, excessive overtime, and the denial of collective bargaining for workers.

What causes these disasters? Are these consequences an inevitable part of globalization? Do they illustrate greed and a narrow vision of profit at any cost? These actions harm people and also companies’ long-term prospects. Local communities which had in the past welcomed industrialization often now resist it, not convinced of real benefit for themselves and fearing the loss of livelihood and the water, land, and forests that sustained them.

What then needs to be done by global companies operating in developing countries, in India and elsewhere? Companies need to take action in multiple areas in order to practice and demonstrate responsibility: 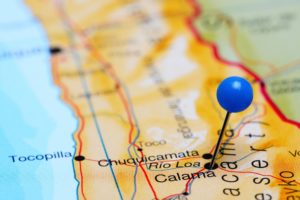 Startup Success: Why You Don’t Need to Create the Next Google