On the Frontline of Climate Change

How a Northern Travel Company is Adapting to Climate Change

When Jennifer Ash, CMA, arrived at the office one Monday morning in the fall of 2014, her boss, John Gunter, shared the news he had just heard on the radio. Hudson Bay sea ice would form several days later than the previous year, continuing a 30-year trend. Ultimately, less ice on Hudson Bay will lead to a decline in the area’s population of polar bears, which depend on the sea ice to hunt, feed and mate.

For most accountants, fewer polar bears in West Hudson Bay wouldn’t be a business issue. But Ash saw the risk right away. She is VP Finance & Operations of Frontiers North Adventures (FNA), a family business founded by Gunter’s parents nearly three decades ago.

FNA is a tourism company that facilitates meaningful experiences for travellers from all over the world. It specializes in wildlife, photography, culture and adventure holidays, mainly in Canada’s North. And its flagship products are polar bear-viewing trips.

Operating in Churchill, Manitoba, FNA is on the perceived frontline of climate change. The Canadian Arctic is warming twice as quickly as Southern Canada; by 2100, the Arctic is predicted to be warmer by 9°C. The results include:

Gunter and Ash knew that climate change would impact their operation, and they wanted to develop a climate change adaptation strategy, involving careful financial planning. As a small-to medium-sized enterprise (SME) with only 15 full-time, permanent staff, the firm depended on good cash flow management and careful forecasting to make any business decision. This was why, as Ash’s job title suggests, finance and operations had been fully integrated.

Ash’s dual role made her the ideal person to take the lead on formulating a climate change adaptation strategy for FNA. How should she go about creating a climate change adaptation strategy to quantify both the return on investment (ROI) from different decisions and the impact from environmental changes? What might such a strategy look like? How should she categorize the risks —and the opportunities? What accountancy skills and tools should she use to start turning the strategy into actions? And what might some of those actions be?

FNA transports guests over remote areas using a fleet of Tundra Buggies® — all-terrain vehicles with giant tires. The fleet was aging, and FNA needed to decide how best to invest in new infrastructure. But fewer polar bears would mean lower revenues, which would also mean longer payback periods.

The solution: FNA used scenario planning to identify possible outcomes of the effects of climate change. During this process, the team considered the operational and financial risks that FNA would face if certain assets were compromised as a result of environmental events, as well as the likelihood of such events.

They explored scenarios —such as a shift in sea-ice formation —and conducted both qualitative and quantitative analyses to generate a set of recommendations for a way forward. To better understand future trends, the company drew on insights from scientists and non-profit organizations.

Churchill, Manitoba, is not accessible by road. People and supplies must fly in, travel by ship or take a two-day train ride. FNA has traditionally brought materials in by rail, but warming permafrost makes ground transport less reliable. Just recently, FNA’s supply chain was interrupted for nearly six weeks due to significant permafrost impact to the rail line.

The solution: Ash and her team examined alternatives to the railroad and ran cost-benefit analyses to evaluate their attractiveness. They concluded that the substantial cost of a barge-or air-based supply chain posed a risk to profitability. However, by leveraging the surplus capacity of those who already use these supply chains, FNA can create a win-win scenario for themselves and other local firms, as they can share the expense.

Having addressed the implications of climate change for current operations, Ash and her colleagues started exploring future opportunities. In particular, they looked at ways to diversify their product portfolio.

The solution: FNA used scenario-planning exercises to understand and quantify the effects of investing in new products for different destinations —or different products for the same destinations. For each opportunity, the finance team modelled the effect of resource shifts, identified necessary investments and infrastructure, created budgets and clarified the associated risks. The aim was to assign hard dollars to each decision’s business impacts.

FNA now hosts a ‘summer explorer’ adventure offering based out of Churchill, involving kayaking with beluga whales and hiking the rugged and picturesque Hudson Bay coastline. Other offerings may follow. Watch this space: www.frontiersnorth.com

“Gather macro and micro perspectives, assess, run numbers, look at options. Conduct strategic assessment and apply financial rigour. My training has taught me that, although historical data are important in decision making, you always need to be looking forward, where the organization and operational environment are heading. And maintain a comprehensive understanding of the operational focus of your business. That is critical.”

This resource is part of the Chartered Professional Accountants of Canada’s climate change adaptation initiative, which is partly funded by Natural Resources Canada and managed by NBS. 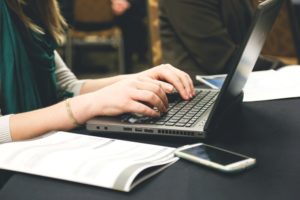 Putting Climate Change on the Books

At TransLink, finance is responsible for sustainability. Sustainability efforts such as climate change adaptation are embedded throughout the organization. 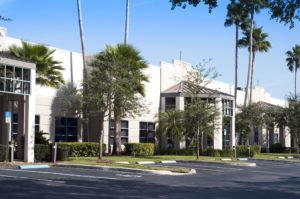