Carbon Reporting Can Help Your Business

This article is part of a 2-part series exploring the benefits and the flaws of corporate carbon reporting. In this article, Dr. Christian Blanco describes how even an imperfect carbon reporting system helps companies and the planet.

Read the companion article, where Dr. Patrick Callery describes the flaws of carbon reporting, why they happen and how to improve the reporting system.

Why do carbon emissions matter?

This is a result of global warming. Since 1850, the Earth has warmed by 1.2 degrees Celsius because people are releasing greenhouse gases into the atmosphere, trapping the sun’s heat.

The effects will intensify if we don’t decrease greenhouse gas emissions (commonly referred to as “carbon emissions” because carbon dioxide is the most common greenhouse gas.)

Why should companies report on carbon emissions?

Put in plainer language, companies contribute to carbon emissions in the following ways:

No action towards reducing carbon emissions would be adequate if businesses didn’t get involved.

But before businesses can lower their carbon emissions, they must first understand them and have incentives to make change.

That’s where carbon reporting comes in.

What is carbon reporting?

You know the saying: “What gets measured, gets managed.”

That’s what corporate carbon reporting is all about.

Carbon reporting is a process where companies publicly report their carbon emissions and targets, as well as carbon-related policies and practices. They may:

An increasing number of companies are reporting their carbon performance, largely in response to demands from investors. For example, as of 2022, investors representing over $130 trillion in assets have requested more than 10,000 companies to disclose their environmental performance (including carbon performance) to CDP.

Increasingly, governments are also mandating carbon reporting. For example, in March 2022, the US Securities and Exchange Commission announced plans to require publicly traded companies to report on their carbon performance alongside traditional financial reporting.

Research on CDP shows flaws – but even more benefits

Dr. Christian Blanco, Assistant Professor at Ohio State University, has been researching carbon reporting for more than a decade. Most of his research has focused on CDP, a global non-profit that compiles the most widely used environmental data set for investors.  In 2021, more than 13,000 companies completed CDP’s annual questionnaire.

Over the years, Blanco has interviewed staff at CDP and the companies that report to CDP, and scrutinized the reports. His immersion in the CDP has shown him that while the system isn’t perfect, carbon reporting has real benefits for companies and the environment.

Here are some of the benefits Blanco sees in carbon reporting, for companies and the environment. 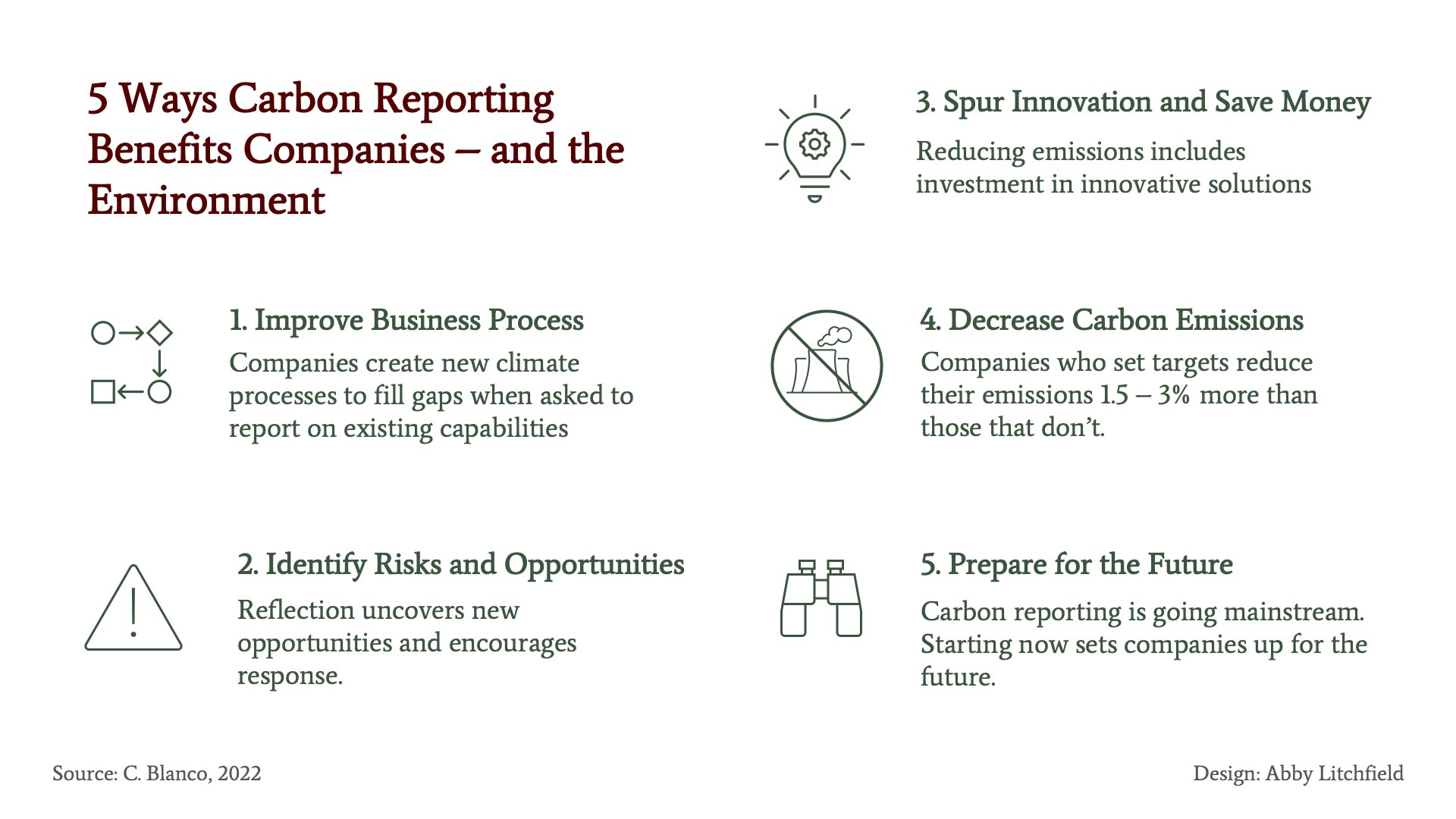 For some companies, climate change may be a huge blind spot. They may have no process for anticipating the associated risks or opportunities.

Carbon reporting systems, such as the CDP, ask companies to describe their process for identifying and responding to climate-related risks and opportunities. This prompt motivates them to develop such a process if they don’t yet have one.

Walmart began reporting on its climate performance to CDP in 2007. At that time, its executives believed the company’s emissions and climate-related risks were relatively low.

Walmart faces many risks – and opportunities – because of climate change. Once they were documented, the company could respond strategically.

The figure below shows examples of their responses. 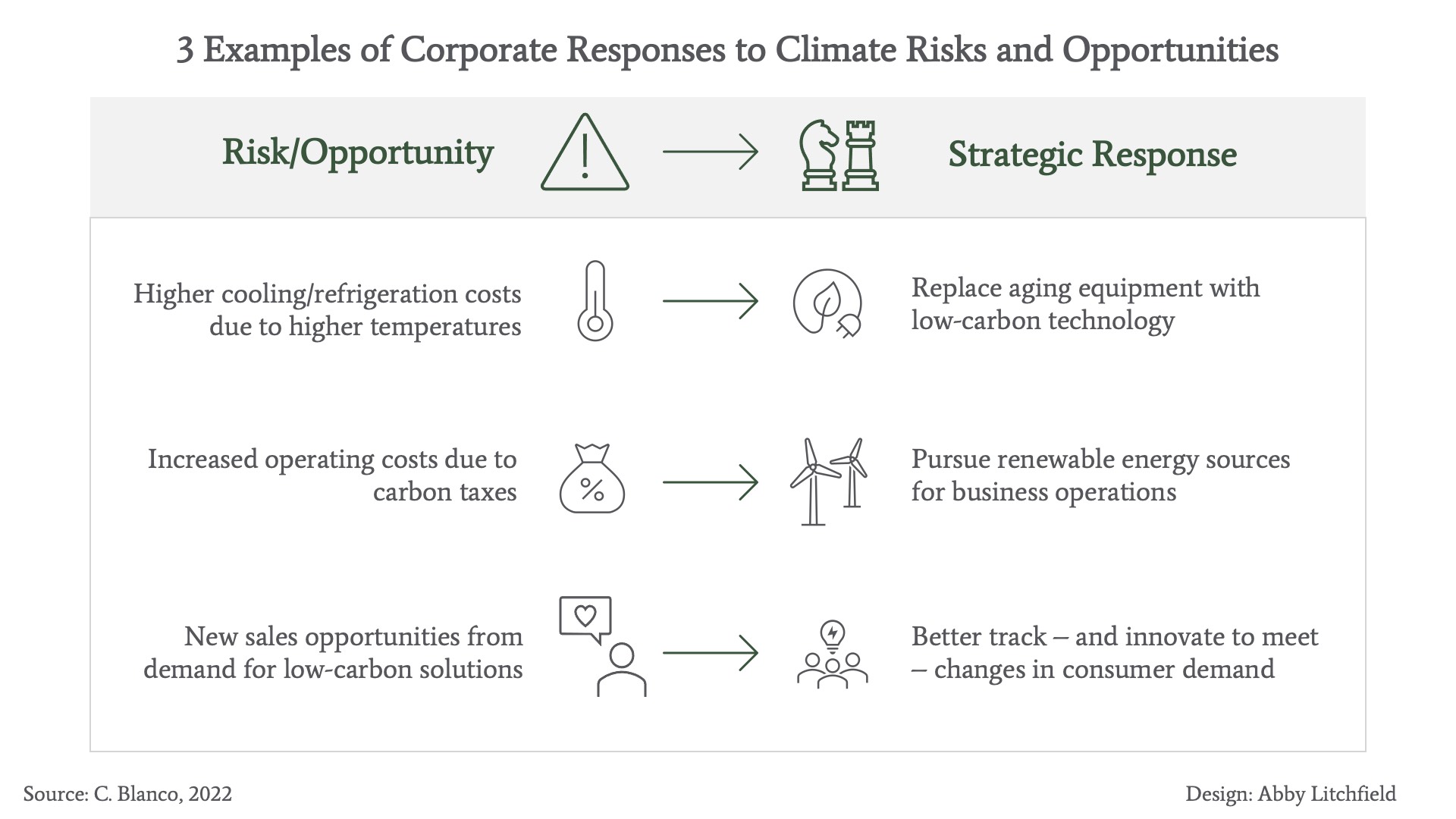 Walmart’s experience is far from unique. No company can respond to a future risk or opportunity until they have identified it.

Benefit 3: Spur innovation and save money 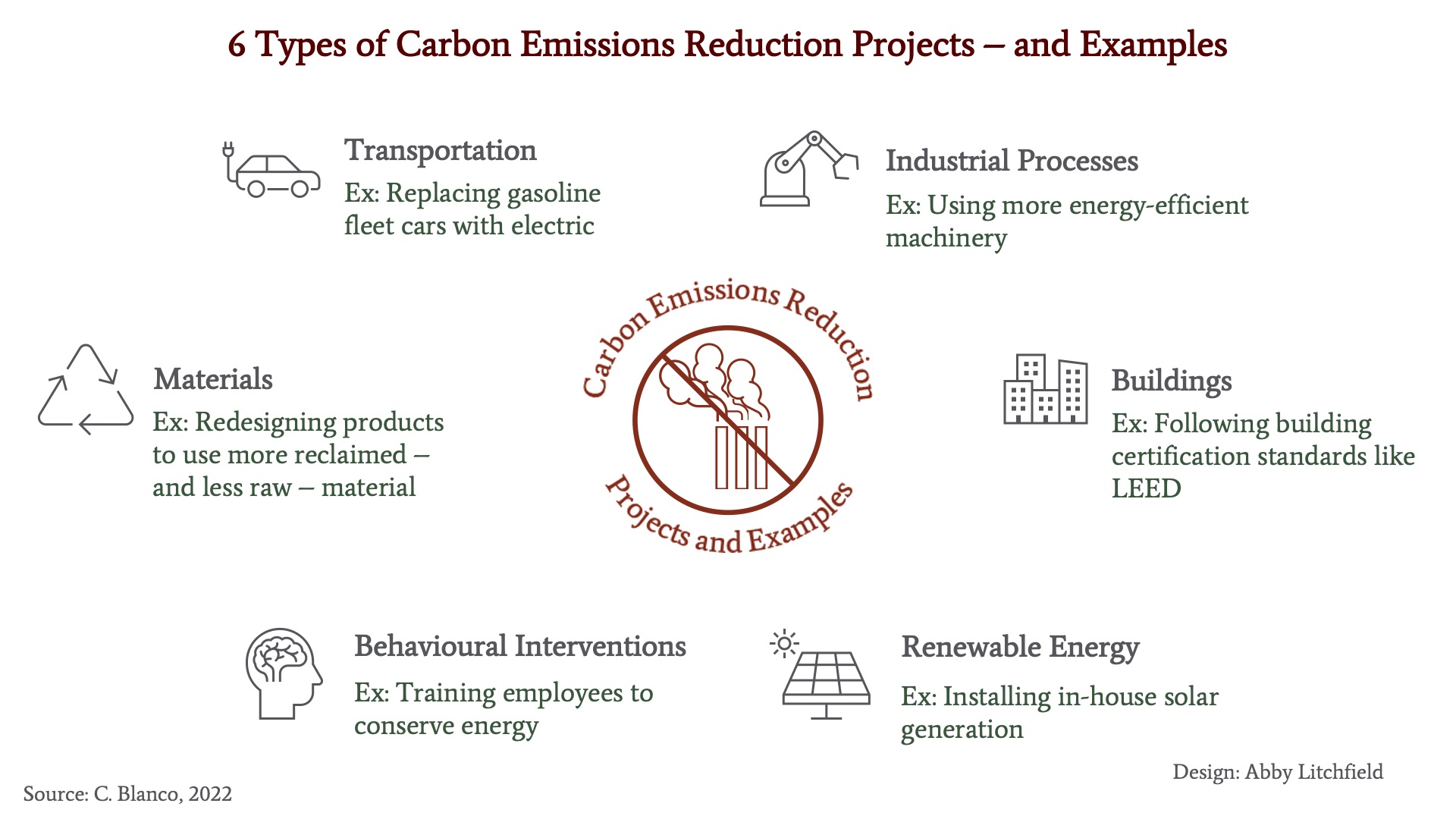 Many of these projects have compelling financial paybacks.

CDP asks companies to publicly declare an emissions reduction target. While only about 20% of companies actually hit their stated targets, Blanco’s research still shows that companies who set targets reduce their emissions 1.5 – 3% more each year than those who don’t. That’s because announcing a goal builds accountability to change.

(Hint: If you plan to set a public goal, set a single goal for the whole organization – don’t break your targets down by scope 1, 2, or 3. A combined effort is more likely to be successful, Blanco found, because firms have more flexibility in how they create emissions reductions.)

Benefit 5: Create (and prepare for) the future

In 2009, a group of 62 companies volunteered to test the CDP protocol for measuring emissions in supply chains. Their willingness to be early movers made those companies hugely influential in setting industry standards —  positioning them as leaders and giving them a voice in the standards that govern them.

Getting involved in voluntary reporting will also prevent your company from scrambling to catch up if your jurisdiction makes carbon reporting mandatory (as the United States plans to in 2022.)

Some environmental advocates say carbon reporting will not lead to enough change, fast enough. Others, like Blanco, believe changing something as big as the global business system takes time.

Blanco and many other researchers are committed to pushing that change forward.

To help address this issue, Blanco published research in 2016 to quantify the gap in reported scope 3 emissions. Other scholars, like Nur Sunar (UNC Kenan-Flagler) and Erica Plambeck (Stanford Gradulate School of Business), are developing new scope 3 reporting methods to improve accuracy in situations where the same supplier serves many buyers.

“There’s no doubt in my mind that carbon reporting is a useful tool in addressing climate change,” says Blanco. “That’s why I’ve dedicated my research to helping business leaders understand and build on what is working, and change the parts of the system that aren’t working.”

Blanco hopes others will consider doing the same. 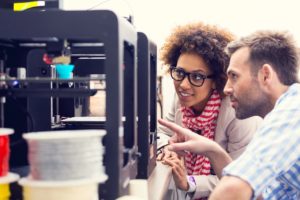 Small and medium enterprises (SMEs) often don’t have the sustainability information needed for action. This report shows how to build knowledge. 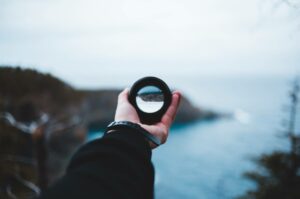