How to Be a Net Zero Company

Many businesses are setting a “net zero” target to help address climate change. Find out how to tackle net zero in your company.

“Net zero” is the lens many businesses are using to address their climate impacts. As of October 2022, more than 8,000 companies globally have made commitments to net zero under the United Nations’ Race to Zero Campaign.

This article is for you if you’re a business leader who has heard the hype about net zero, but is still wondering:

This article draws on our work at Ivey Business School (Canada), where we work with companies to understand how they are charting their own pathways to net zero.

What Is a Net-Zero Company?

‘Net zero’ is when “the emissions of greenhouse gases to the atmosphere are balanced by removals over a specified period,” according to the Intergovernmental Panel on Climate Change.

Basically, net zero means that a company’s operations — including supply chain, products and services – are not increasing the amount of greenhouse gases (GHGs) in the atmosphere. Net zero can apply at other levels too, from the globe, to a country or city, to a household, event or product.

The idea of net zero gained attention at the 2015 Paris Agreement on climate, with the goal for global emissions to reach net zero by 2050. But progress has to start now. For example, the Science-Based Targets Initiative (SBTi)1 has a net-zero standard that requires companies to make deep commitments in the near term, typically cutting GHGs by around 50% by 2030.

Ever wonder why there’s so much buzz about net zero? It’s because those GHGs cause the Earth to get warmer. Then, as the air and the oceans get warmer, our weather patterns start to change and sea levels rise. For example, humans have already warmed the Earth by about 1.2 degrees Celsius, which has led to 70% more droughts and 30% more heavy rainfall.

That warming is leading to a lot of trouble. There are risks to human health and well-being. For example, a 2010 heatwave in Russia killed 55,000 people, and the UN estimates that, already, 20 million people per year are forced to leave their homes because of climate change.

There are clear consequences for business, as well, from supply chain and shipping disruptions to higher costs, changing markets, and regulatory shifts. These risks will just get worse as the climate continues to warm. 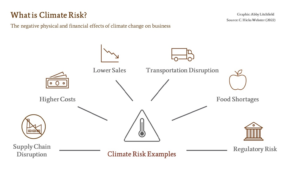 Experts agree that we need to limit global warming to well below 2 degrees, preferably to 1.5 degrees Celsius, to prevent the worst effects of climate change. Net zero is a way to achieve that goal.

In the 2015 Paris Agreement, many countries made binding commitments to reduce their country’s emissions in line with these limits. Since then, companies are being encouraged – and sometimes mandated — to act on climate.

Major investors and asset managers are also increasingly focused on climate change. These financial institutions that own and control a significant percentage of the world’s largest businesses now see climate change as creating important risks and opportunities for the long-term value of their investments.

Challenges and Opportunities with Net Zero

Like most things designed by humans, net zero efforts aren’t perfect. It’s reasonable to ask: is it even possible? Our research and practical experience suggest that it can be done, but we have a long way to go.

Here are some reasons for concern:

Yet, there’s also reason for hope. For example:

In the energy system, it’s generally agreed that we already have many technologies to decarbonise. Technologies like wind and solar are already cost-competitive with the existing fossil-fuel alternatives, allowing us to generate more low-carbon electricity. There’s also rapid progress on energy storage, which is important for make the electricity produced by renewable energy sources more reliable.

Operational efficiency efforts that aid net zero can have rapid payoffs, and can align with other organizational priorities, like cost reduction.

In terms of removing carbon from the atmosphere – the other part of the net-zero equation – new “regenerative” forestry and agriculture projects avoid some of the issues with carbon offsets. These strategies are long-term and community-based. Technological solutions to carbon removal – like carbon capture – are still not cost-competitive, but are receiving increased investment.

We gain hope from the efforts that we see companies taking. They are creative, committed, and often passionate, despite the uncertain odds.

4 Steps Your Company Can Take to Achieve Net Zero

So, what can — and should — you do now? At Ivey Business School, we’ve worked with many companies on the journey to net zero, through our Corporate Strategies for Net Zero”project.

Our experience is that companies take different paths to net zero, especially depending on their sector. However, there are common themes, too.

Here are 4 core actions that we see companies taking. 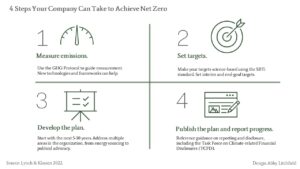 In order to reduce your GHGs, you first have to know how much you’re emitting and from where.

Most companies use the Greenhouse Gas Protocol (GHG Protocol) to guide their emissions measurement. It defines a standard process for measuring and reporting emissions.  That focuses on three “scopes” of emissions.

Measuring and reducing your scope 3 emissions will often be the toughest part, especially for large companies with complex global supply chains. Doing so can require us to change business systems. By way of illustration, it’s relatively easy to swap in LED light bulbs or install a solar panel. But it’s considerably harder to change processes, especially when those processes involve external suppliers, or customer behavior.

But don’t despair. There is lots of work happening to make scope 3 emissions easier to tackle, such as using blockchain technology to track supplier emissions. The most important part is to start where you are and give yourself permission to figure it out as you go.

Once you’ve measured your emissions, set targets to reduce them. We recommend the  Science based Targets Initiative (SBTi) standard, which shows how much and how quickly a company needs to reduce GHG emissions to meet the target.

Some companies who work with SBTi focus on the overall target. We think of this as a “leap of faith” approach: They’re using the target as a “North Star” to guide innovation and actions. Other companies develop a plan (Step #3 below) to make sure the target is achievable, before making public commitments.

It’s likely unrealistic to build a plan to get you all the way to net zero by 2050. Technology and government policies will change. Management teams and markets will also change.

Instead, focus on a credible plan for major reductions in the next 5-10 years, ideally with a targeted reduction of about 50% over the next decade. Outsourcing your carbon-intensive operations is not the answer.  Instead, you’ll take actions typically must include:

d. Supplier collaboration: Working with suppliers to help them reduce their emissions – which are part of your scope 3 emissions.

4. Publish the plan and report on progress.

With targets and plan in place, make a public announcement!

Your customers and investors gain confidence that you’re taking climate seriously. Your employees may well appreciate it as well.  After your initial public announcement, get busy working on your plan and update your stakeholders regularly on your progress.

More formal reporting may well be required. Investors are urging firms to report under key reporting and disclosure protocols, especially the recommendations of the Task Force on Climate-related Financial Disclosures (TCFD).

How Much Will It Cost to Reach Net Zero?

As we’ve said, there’s a lot of uncertainty about future regulation and technology. Net zero action is relatively new, with most companies just now setting targets. Over the next 5 to 10 years, there will be much clearer information on the costs that individual companies must pay to reach net zero.

At the broad sectoral level, some assessments of costs are available, e.g. from McKinsey. But these are rough estimates, with many assumptions. Also, the numbers mostly focus on requirements for new investments. Much investment in new technologies is replacing investment in conventional technologies; over time, technology would be replaced even without net zero pressures.

Researchers and companies are trying to drill down on the numbers: for example, Dr. Christian Blanco (Ohio State University) has analyzed 16,525 company carbon reduction projects, classifying them by investment requirements and rates of return.

More guidance will emerge in the next few years, but for now, individual company costs remain uncertain. That can make it harder for companies to move forward quickly.

What Happens If We Don’t Achieve Net Zero?

Personally, we prefer to keep climate-related disasters in the movie theatre.

But there’s reason for real-life concern.

Even if the world reaches net zero by 2050 and hits our target of 1.5°C, the Intergovernmental Panel on Climate Change (a leading group of international climate change researchers) says we will experience more frequent and powerful storms, sea-level rise, droughts and water scarcity. Key ecosystems that humans depend on, like ocean fisheries, will also suffer.

Many of these impacts will be felt by the world’s poorest people first and hardest.

If temperature rises are higher than 1.5°C, these impacts become even worse. We may even trigger irreversible tipping points, like runaway melting of polar ice caps, which would drive further temperature increases. At these higher levels of temperature rise, the long-term viability of human civilisation really comes into question.

For us, this is reason to double down on our academic and corporate work. Many people want to be part of positive change. Let’s work together to “race to zero.”

[1] The Science Based Targets Initiative (SBTi) is the global benchmark for corporate climate commitments. It is a partnership between CDP, the United Nations Global Compact, World Resources Institute (WRI) and the World Wide Fund for Nature (WWF).

“The Basics” provides essential knowledge about core business sustainability topics. All articles are written or reviewed by an expert in the field. The Network for Business Sustainability builds these articles for business leaders thinking ahead. 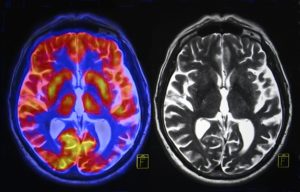 How to Prevent Psychological Injury — at War and Work 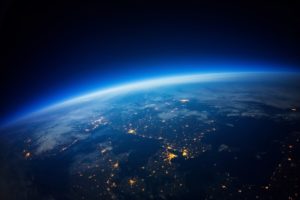